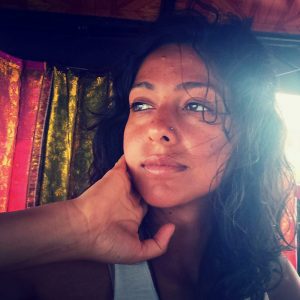 We spoke with writer/director Sati Kaur, who made her award winning short film, Blood and Glory as part of the WiM CAMERAderie Initiative.

Being a U.S. Army veteran herself,  Sati showed empathy and a deep understanding of women who serve and the challenges they face when they come home. We are thrilled for Sati,  and all the success that she has earned as a result of her hard work and relationships that she’s built as a CAMERAderie filmmaker.

Sati Kaur is a writer and director who has lived a story-filled life. By the time she was twelve, she had lived on three continents and spoke four languages. Her experiences in the east and the west provide her with a global perspective and contribute to her artistic voice which is uniquely American.

As a director, Sati loves to write about female friendship and explore themes of human resilience and transformation against all odds. She won the Grand Prize in Women in Media CAMERAderie initiative 2019 for her short film Blood and Glory, which centers on the friendship between two female veterans living on the streets of LA.

Kaur is a fellow of the Writers Guild Foundation’s Veterans Writing Project.  She collaborated with LACMA on their Veterans Make Movies workshop series. Her short film The Last Killing produced by Ensaaf won the best short documentary award at NewFilmmakers LA and the Amnesty International Best Human Rights Short award. In partnership with Ensaaf, she spearheaded the largest human rights video advocacy efforts in Punjab, India, by interviewing survivors of torture and families impacted by enforced disappearances. Kaur received her MFA in film directing from USC School of Cinematic Arts. 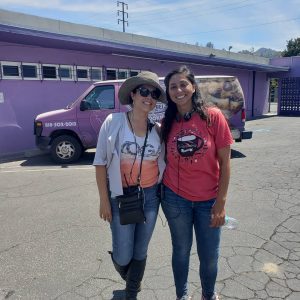 The initial process is really just locking myself in a room with the script and spending time with it. Getting to know it with fresh eyes and discovering all the possibilities. You try to feel the rhythm of the scenes, the cadence of the characters. Then you start breaking it down, beat by beat, scene by scene.  The first breakdown is for dramatic action and exploring the subtext, and then the next breakdown is how that internal drama will be visualized.  And you make a plan A and a plan B and a plan C. All this prep work is there so that you can easily adapt to the changing environment on set and troubleshoot any problems that might arise, especially in indie filmmaking. 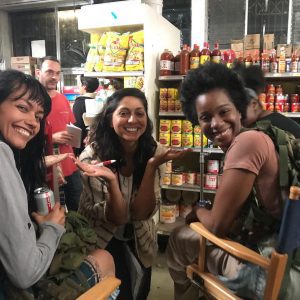 There are so many!  Right now I’m in love with Haris Nukem, Nadia Waheed and Shamsia Hassani.  Each of their works makes me feel wonder and awe and sometimes horror but I love feeling something so strong. Each in their own way engage with the current political and social realities of the world and present it with a fresh point of view.

I don’t know that there was a “who” or a “what” specifically.  Ever since I was like five years old, I knew this is what I was supposed to do. Against all reason and all odds, this has been my true north that has informed all the decisions of my life so far. Film has become a spiritual path of sorts. It has been a difficult path to be on, but that’s what a hero’s journey is all about. But despite the obstacles, continuing to learn and grow as a writer and director brings me contentment and joy, and as long as that’s the case, I will continue to be on this journey.

Do you have any preferences for equipment or film making tools?

I don’t think I have a particular preference. Things continuously change in this industry and I love learning about new equipment, software, gear and adapting it to serve the story. 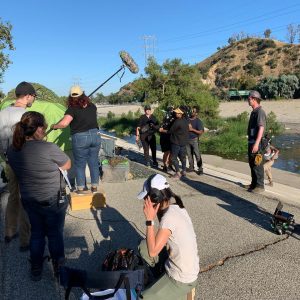 Every morning when I wake up I sort of “meditate” on death. Not in a morbid way but in a very optimistic way.  During the hard times and the good times, this meditation has reminded me that all things come to pass, whether it’s suffering or joy.  This has brought great comfort and immense gratitude for being here, right now, to witness this wild world in all of its glory. It also fuels my desire to create from every fiber of my being. One of my favorite TV shows — The Good Place — does such a great job at exploring this in their final season!

What do you have coming up next?

I’m working on my first feature film. It’s an Iraq-war drama called Arresting God —  An American soldier and an Iraqi refugee, two women from opposite sides of history, must overcome their personal prejudices and work together to change the hearts and minds of their small town in order to build a war memorial that honors both American soldiers and Iraqi civilians killed in the war. 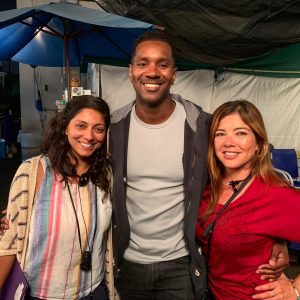 What was your experience making the CAMERAderie Short, Blood and Glory?

Cameraderie has so much talent within its ranks, and all of our keys and majority of our crew on Blood and Glory were all members of WIM. To make a film with such a diverse crew and cast was truly a gift. The team behind CAMERAderie works very hard to put into action the goals of their organization. They’ve created real opportunities for their members to learn and grow and go get jobs.