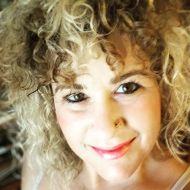 Award winning Screenwriter & Director. Emmy nominated TV producer. I am a third-generation film-maker with seventeen plus years’ experience in film and television production and credits in multiple departments on over one-hundred projects from North America, Asia and Africa. I am an avid advocate for the arts, and I feel passionate about mentoring, lecturing, and volunteering: past-times that have involved me with The Academy of Motion Picture Arts and Sciences (AMPAS), the Yale University’s Film Studies Center, the Ojai Film Society and the Orange Coast College where I taught master classes. I am also a voting member of the National Academy of Recording Arts and Sciences (NARAS) since 2003, and annually participate in the Grammy Awards. Active voting member of the Emmys/ TV Academy (ATAS) and VIP member of Women In Media.