The Art and Craft of Mulan 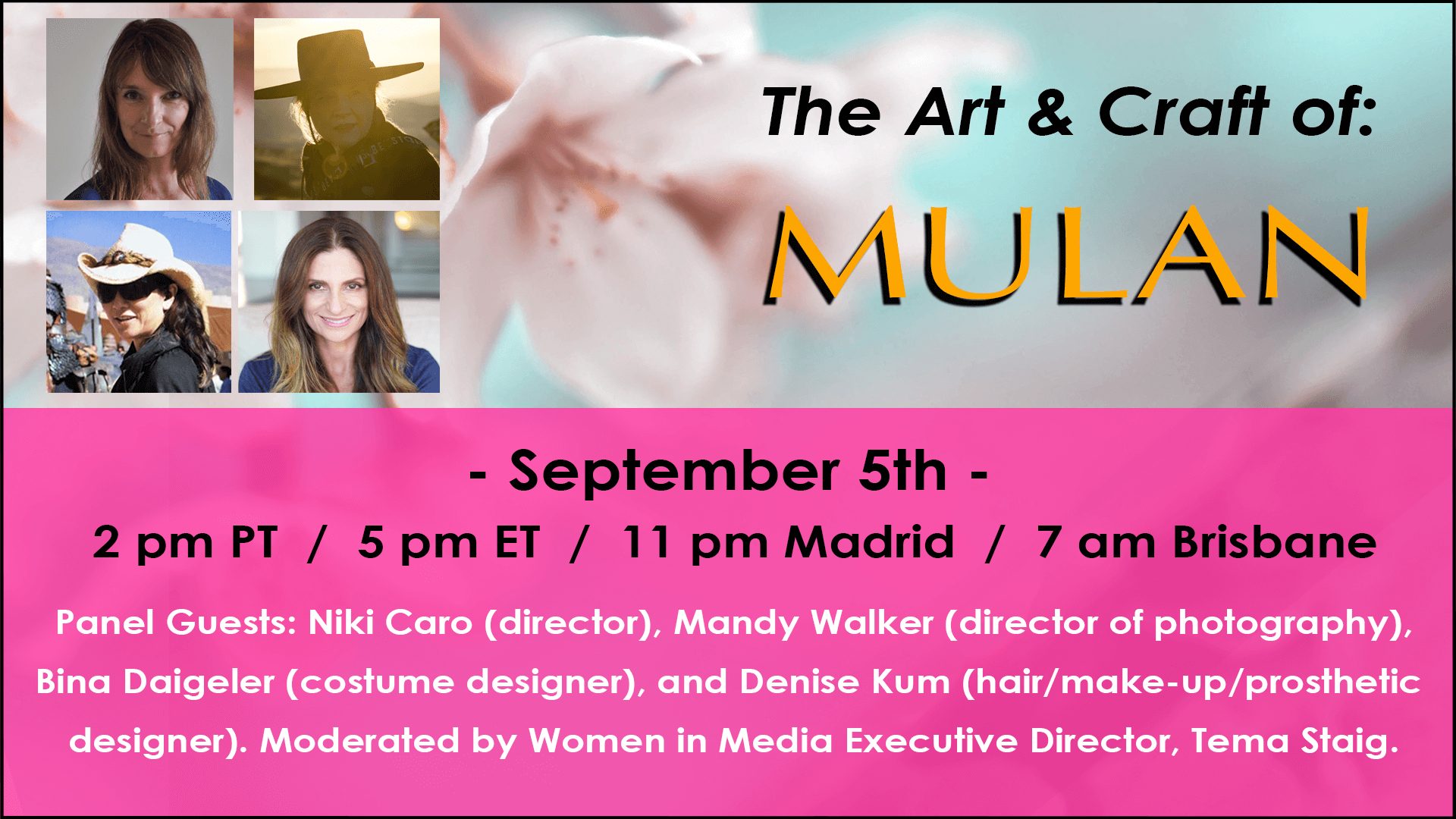 The Art and Craft of Mulan Event

Women In Media Members, please log in to reveal your discount code. 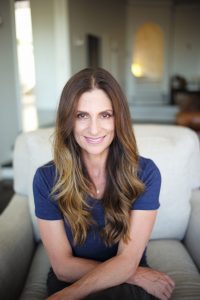 Writer and director Niki Caro (Director) is one of the most successful filmmakers to emerge from New Zealand in recent years.

After completing a BFA at Elam School of Fine Arts in Auckland and a Postgraduate Diploma in Film from Swinburne in Melbourne, Caro directed a number of highly acclaimed short films, including Sure to Rise, which screened in competition at Cannes in 1994, and Footage, which was an Official Selection at the Venice Film Festival in 1996.

Caro’s first feature, Memory & Desire (1997), was in the lineup at the Cannes Film Festival and won a Special Jury Prize at the New Zealand Film Awards. Her second feature film, Whale Rider, won 27 international awards, including audience awards at prestigious international film festivals such as Toronto, Sundance, Rotterdam, San Francisco, Seattle and Maui. The film earned an Academy Award® nomination for Keisha Castle-Hughes, then the youngest person ever to be nominated in the best actress category.

In her first foray into American television, Caro helmed the movie pilot for Netflix’s “Anne with an ‘E,’” a bold and inspired new vision of the “Anne of Green Gables” story, for which she won her first DGA Award. “Anne with an ‘E’” recently completed its third and final season.

Next up for Caro is directing “Daisy Jones & the Six,” a miniseries from Amazon that follows a rock band trying to make it big in the L.A. music scene in the 1970s. 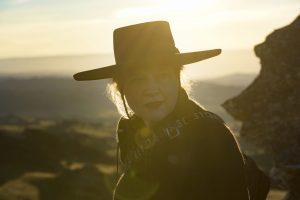 Mandy Walker ASC, ACS is an award-winning Australian director of photography. She recently partnered with director Niki Caro on Disney’s live-action ​Mulan​ starring Liu Yifei, Donnie Yen and Jet Li. The film, which is set to be released on Disney+ in Sep. 2020, is anticipated to be one of Disney’s best live-action films to date.

Her other feature credits include: ​The Mountain Between Us​, directed by Hany Abu-Assad; ​Hidden Figures​ for director Theodore Melfi; Baz Luhrmann’s Oscar-nominated ​Australia​ for which she won a Satellite Award, the Hollywood Cinematographer of the Year Award, and the Women in Film Kodak Vision Award in 2008; ​Shattered Glass​ for director Billy Ray, which earned her a nomination for best cinematography at the Independent Spirit Awards; ​Love Serenade​ directed by Shirley Barrett, which won the Camera d’Or at the Cannes Film Festival; and many other films including Lantana​, ​Parklands​, and ​Return Home​ ​for director Ray Argall.

In addition to feature films, she lenses commercials including two of the acclaimed Chanel No.5 mini films directed by Baz Luhrmann and starring Nicole Kidman.

Walker has received numerous awards and nominations from the Australian Academy for Television and Arts Awards (formally AFI) Kodak, and Women in Film, and many film festivals for Best Cinematography. She has been a mentor for many young up and coming cinematographers, earning an award from UCLA for her mentoring work. She was also an Artist in Residence at UCLA in 2015. Walker is now on the AMPAS Board of Governors representing the Cinematographers Branch of the Academy of Motion Pictures Arts and Sciences in the USA. She serves on the Board of Governors for the American Society of Cinematographers.​ ​Walker is also a member of the Academy’s Aperture 2025 initiative which is designed to advance inclusion in the entertainment industry and increase representation within AMPAS’ membership and the greater film community.

As a teenager in Australia, Walker knew she wanted to be a cinematographer, beginning her film career as a runner at age 18. She went on to shoot her first film as director of photography at just 25. Since then her skills have been in demand by directors worldwide. The Australian Cinematographers Society inducted her into its Hall of Fame in 2017.

Walker is represented by ICM Partners. 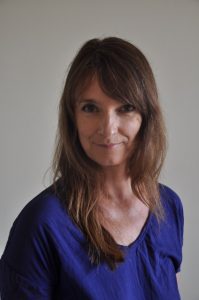 Daigeler has also worked on hugely successful television series, such as Netflix’s critically acclaimed shows​ Narcos ​and E​l Tiempo Entre Costuras​. She previously collaborated with Cate Blanchett on ​Manifesto​, directed by the German video artist Julian Rosenfeldt. Manifesto was a major success in the art world and also awarded Daigeler with the German Film Award for Best Costume Design.

Daigeler landed her first job as a Costume Designer in Spain on Juanma Bajo Ulloa’s ​Airbag​, a huge box office hit which led her to then work on Pedro Almodovar​ All About My Mother​ and Volver​. For these two films – along with her costume design for Joaquin Oristrell’s Unconscious​ and Fernando Leon De Aranoa’s ​Princesas​, Daigeler received 4 Goya Awards Nominations for her costume design. 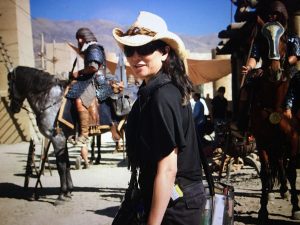 Denise Kum recently reunited with director Niki Caro on Disney’s live-action ​Mulan​ ​starring Liu Yifei, Donnie Yen and Jet Li. The film, which is set to be released on Disney + in September 2020, is anticipated to be one of Disney’s best live-action films to date.

Mulan​ marks Kum’s sixth​ ​collaboration with Caro, whom she worked with on ​The Zookeeper’s Wife​, North Country,​ ​The Vintners Luck (A Heavenly Vintage),​ ​Memory and Desire​, ​and the critically acclaimed ​Whale Rider​. She earned a nomination for Best Makeup at the New Zealand Film and TV Awards for the latter.

Kum has recently designed hair, makeup, and prosthetics on director John Madden’s feature Operation Mincemeat​, based on the book by Ben Macintyre. The film is set during WWII as two intelligence officers use a corpse and false papers to outwit German troops. It stars Colin Firth, Matthew Macfadyen, and Kelly Macdonald. ​Operation Mincemeat r​elease date is to be determined.

In addition, she has worked on the feature films; ​Black Widow,​ ​Pan​, ​Exodus,​ ​The Imitation Game​, Pirates of the Caribbean: On Stranger Tides​, ​Clash of the Titans​, and​ The Last Samurai​.

For television, she designed makeup, hair, and prosthetics on two seasons of Starz ​Spartacus: Blood and Sand​ and Sam Raimi’s first episode of ​Ash vs Evil Dead.​ She previously worked with director Dominic Savage on the ITV movie ​Dive​.

Kum studied sculpture at The Elam School of Fine Arts in Auckland, New Zealand, and completed her Master of Fine Arts at Goldsmiths College in London. Her artwork is included in public collections at The Museum of New Zealand, Te Papa Tongarewa, The Financial Times of London, Saatchi and Saatchi and The Chartwell Collection, Auckland.

Kum is based in London and is represented by Casarotto Ramsay & Associates.

The Art and Craft of Mulan Event Details

Ticketed attendees will receive the Zoom link via email 24 hours prior to the event and again an hour before to the event. Women In Media members, log in to the website to reveal your discount.  There are limited pay what you can tickets. 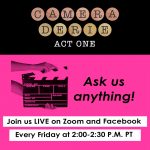 CAMERAderie: Ask Us Anything 8.28 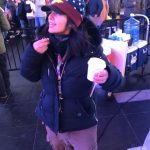 Getting Back to Work – NYC/NJ