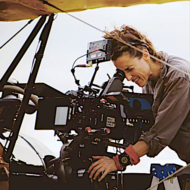 Sarah Thomas Moffat
Camera
I want to blow shit up. Stunts, live action, VFX, comic book heros, compelling edge of your seat stories, and out right fun... that's what I want access to. Big game, big screens, because I can.
This user account status is Approved