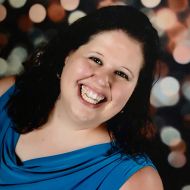 Sarah Knapp
Writer
I'm a writer who's making it up as I go. The award winning #thecouch web series is available to view on Stareable & YouTube. I wrote every episode!
This user account status is Approved

Sarah Knapp has always been a writer, and a dreamer. She turned her family’s big bust of a vacation into a guest column that ran in the Lansing State Journal when she was a teenager. She processed her college experiences by writing for the newspaper and literary journal. She wrote freelance articles on everything from transmissions to bachelor parties after grad school. When she decided to trade in a college teaching career for long hours back in junior high, she started a blog. And when she dreamt of a screenwriting career, she wrote her way into UCLA.

Her writing took her to the Pivot and Lifetime television networks. At Pivot she developed a half-hour comedy pilot. At Lifetime, she had a short film made as part of a pilot presentation.