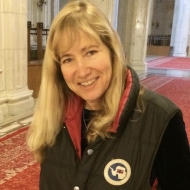 Linda Shayne
Direction, Writer
Director and writer of feature films and TV. Visualizing and creating an impactful and evocative film, in collaboration with a talented cast and crew is what I truly enjoy. (American & Canadian)
This user account status is Approved

Telly Award writer for the "Hard Hat Harry" Series
Directed actress Thora Birch, who won a Youth in Film Award for the movie.

Linda Shayne is feature film and TV director and writer. Shayne graduated with highest honors from the University of California at Berkeley. She received a federal grant to study adult autism and her published work includes papers on ex-offenders from San Quentin State Prison. Shayne began working in film for Roger Corman and then went on to write and or direct for DISNEY, Quincy Jones, IMAGINE ENTERTAINMENT, SHOWTIME and NICKELODEON. Shayne recently completed a short thriller she directed, which just got picked up for worldwide distribution. (2019)

Shayne has written and directed in the US, Canada and Europe. She directed a film for Paramount in Romania, developed a dramatic feature for X-Filme of Germany and another for Muse Entertainment of Montreal. Shayne is currently writing a TV pilot that takes place in a Federal Prison. Shayne’s directorial film debut won actress Thora Birch a Youth in Film Award.