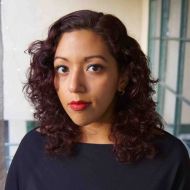 Lesley Elizondo is a Mexican American director, cinematographer and educator born and raised in Los Angeles. As a first generation art scholar and filmmaker, Lesley writes, directs, and shoots stories based within the Mexican, the Latino and the American experience. She looks to bridge the duality of her heritage through translating the intricacies of life through image making that explore themes of injustice, loss, and love. As a director, she has lensed eight narrative shorts, an experimental piece, and multiple documentaries, live and commercial projects. As a cinematographer, she has lensed narrative, serial, documentary, theatrical, protests, live events, music and commercial projects. Lesley completed a Master of Fine Arts in Cinematography from UCLA and two Bachelor of Arts Degrees from the California State University of Long Beach; one in Narrative Film Directing and the other in Spanish Literature. In 2020, Lesley’s latest documentary "Basta" won the Best Documentary Award at the Official Latino Film and Arts Festival.