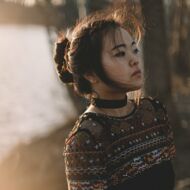 Jina Hyojin An Is A South Korean Composer For Film And Visual Media Currently Based In Los Angeles. Jina Has Had The Opportunity To Compose Music For Various Films: Freelancers Anonymous, A Comedy Feature Directed By Sonia Sebastian, Premiered At The Inside Out Festival In Toronto. She Also Worked With Director Mina Fitzpatrick On The Documentary, A Letter For Sangah, Premiered At The St. Louis International Film Festival Also Selected To Be Screened At The CAAM Fest, One Of The Biggest Asian American Film Festivals In The US.

She Is Currently Under Oscar-Winning Composer Mychael Danna’s Music Team Working On Various Films And Television Shows Such As The Oscar-Nominated Animation Feature “The Breadwinner” Produced By Angelina Jolie, “On The Basis Of Sex” Starring Felicity Jones And Many More.