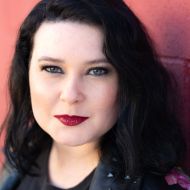 Jennifer Smith
Music, Production
I love music / business and helping film makers find their character of sound. There is so much music in the world so there is something for all budgets and visions!
This user account status is Approved

Smith is a LA based music supervisor who has worked in the industry for over a decade. She started her career being part of the music team for major network shows: Dancing With The Stars, America’s Best Dance Crew, and The Ellen Show. Her love of music and the burgeoning media landscape guided her to join the Kobalt Music sync team. At Kobalt, she collaborated with music supervisors helping them find music for their projects, negotiated rights for Kobalt’s catalog/artists, and worked closely with songwriters/artists on the roster. Her time at Kobalt gave her full-circle experience in the synchronization world, working with all stakeholders in the creative process. She went back to her first love of music for content and joined ABC’s music team on American Idol and launched, “Rat Dance Party”, providing a collaborative, holistic music solution for production teams to achieve their creative vision.