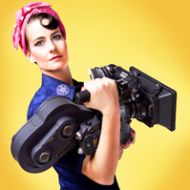 Her work has shown at the Whitney Museum, the UN, numerous film festivals including Sundance, Tribeca, and Camerimage, as well as ABC, FOX, PBS, and Hulu. Ad campaigns include Maybelline, Estée Lauder, Adidas, Canon and Lincoln.

Earlier in her career, Jendra's passion for lighting led her to work as a gaffer and electrician as a side job. Working on projects such as Sex & the City, Law & Order, Analyze That, and Vanilla Sky developed her strong foundation in lighting and crew leadership.

Jendra’s work and love of travel has brought her to 27 countries, and she enjoys sharing her experiences and inspiring others as a speaker, panelist and instructor all over the world.