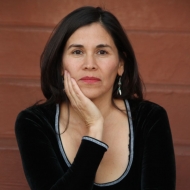 The first Latina composer invited to join the Academy of Motion Picture Arts and Sciences, music branch, Germaine Franco composes music and songs for film, TV, VR & theme parks. This year, she completed the score to LITTLE, directed by Tina Gordon, and the next animated feature installment of Curious George 4, both films for Universal. Last year Germaine also had the opportunity to the score the hit summer comedy TAG, directed by Jeff Tomsic, for Warner Brothers.