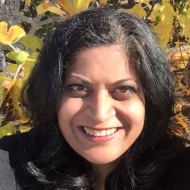 Women in Film- Mentor and Chair
Caucus Foundation - Board Member