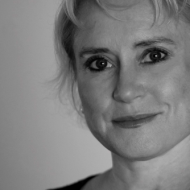 Adrienne Pfeiffer is an Environmental Sustainability Strategist for film and television. She has overseen program and implementation for multiple studios and productions including Disney, HBO and 20th Century Fox. Adrienne has worked professionally as a producer, writer, composer, music supervisor, actor, and voice-over performer, and has produced and hosted award-winning live and syndicated broadcast radio programming. Adrienne attended the Florida State University College of Motion Picture Arts.