Chelsea Shepherd is an unscripted television camerawoman. Notable show credits include Hoarders, Samantha Brown’s Places to Love, and House Crashers. Most recently, she has been shooting special projects and investigative projects for NBC. Her favorite credit, however, is having created Tilted Thunder Rail Birds, a 501(c)3 nonprofit roller derby league in Seattle with the mission of empowering women and girls through the sport of roller derby.

In the beginning, Chelsea was a TV news photographer for news stations in North Carolina, Seattle, and eventually Los Angeles. Despite being an emotionally exhausting and thankless job, covering news was where she truly learned how to be adaptable and think fast on her feet. Reacting calmly in the midst of pure chaos became her superpower. Eventually, in a seemingly natural transition, she shifted out of full-time news work to become a freelance camera operator for unscripted television shows and documentaries.

Somewhere in the middle, however, she discovered roller derby. Having worked in a male-dominated field, being immersed in a supportive, strong woman-centric community was life-changing. Upon discovering roller derby, she immediately set out to create a local derby community that supported women, helped them grow stronger both physically and mentally, and created an environment where women could learn from one another. Thus, Tilted Thunder was born. Chelsea spent nearly 9 years as the founding Executive Director, refining her leadership skills and navigating the complicated world of nonprofit organizations, all while freelancing in TV, volunteering as a nonprofit executive consultant through 501 Commons, and completing her Executive MPA. Yes, she also skated.

Finally, in 2018, Chelsea decided that she wanted to put that overpriced Master’s Degree to work by mixing it with her production experience. She wanted to get out of the camera department and into management. Her twisted love of chaos, putting out fires, fundraising, spreadsheets, and multi-tasking fueled her fantasies of becoming a Production Manager. Now, she is trying to break out of the niche she created as a successful unscripted camera operator and start supporting production crews from the business and logistics side.

Of note, she never tires of answering questions about her favorite smells and experiences while shooting for Hoarders, and her skater name is Mae Lay because she finds zen in chaos. 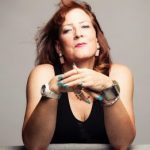 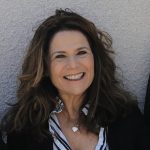