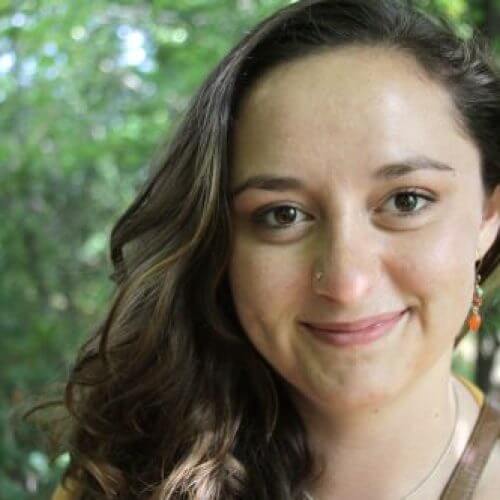 Sarah Sellman is a filmmaker and artist based in Los Angeles. Sarah graduated from NYU Tisch School of the Arts with a BFA in Film and Television. Her feature documentary, American Bear: An Adventure In The Kindness Of Strangers screened at festivals across the country, culminating in a self organized theatrical release and educational screening tour, as well as an online and DVD release. She served as the Managing Director of the Syracuse International Film Festival during its 9th and 10th years and Communications Coordinator for internationally celebrated photography nonprofit Light Work.

Her surreal short film Hold Your Arms Out was one of 9 projects offered a fellowship at Hewlett-Packard’s inaugural post-production program at Sundance Film Festival. Sarah is currently developing a nonfiction/fiction hybrid project inspired by her year spent traveling around the world with her husband in 2016, called I Am Here, as well as the screenplay for her first feature-length narrative directing endeavor. She is thrilled to serve on the board for Women in Media.