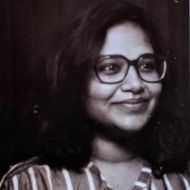 Vatsala Goel is an LA-based cinematographer and camera operator with 10 years experience DP'ing a variety of genres, including narrative fiction, documentary and television.
Select clients include Netflix, PBS, CBS Primetime, Tribeca Studio.
Notable screenings and premiers include Sundance, Tribeca, Netflix and AFI Docs, Cinequest, Mill Valley, IFFLA (LA), MAMI (Mumbai), IFFI (Goa), Clermont- Ferrand (France) and Bollywood and Beyond (Germany).
She has an MFA in cinematography from India's prestigious national film school Film and Television Institute of India, where she trained on 35 and 16 mm film as well as digital cinema cameras. She has solid knowledge of carrying the image from preproduction to the screen in modern digital workflows & shoots comfortably on any cinema camera and range of budgets.