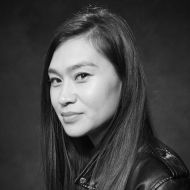 Sylvia Ray
Direction, Post Production, Production, Writer
Sylvia Ray is a Korean/Mexican narrative and commercial director, writer and editor. She has worked creatively with clients such as Magnopus, Disney, and Disney-Pixar.
This user account status is Approved

Sylvia Ray is an Korean/Mexican-American film director, writer and producer based in Los Angeles. She is a fellow of the 2019 Tomorrow’s Filmmakers Today Program sponsored by HBO. She was also a fellow of the 2018 Women in Film INSIGHT group and the 2019 year-long Women in Film Mentorship program. Sylvia has also been selected for the 2020 Academy Gold Career Advancement Initiative and is an Aero Indie Film Ambassador for Gigabyte Laptops for her achievements in post production.

In 2019, Sylvia won several awards and prizes from film festivals around the world for her short film A PERIOD PIECE, including Best Female Filmmaker at Lonely Seal Film Festival. In the same year, her short film LEN(N)Y was selected at several festivals and was a finalist for Best Short Film at the Cinema D’Idea Film Fest in Italy.