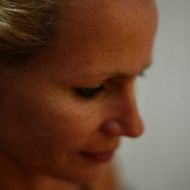 Originally from the former East German Republic, Swinda's venture into Dance, Theatre, Costume & Couture Design began as a passion since her childhood.
Swinda began to apply her knowledge of body movement, light and environment to her work which developed into her unique method of creativity that would expand over time.
Swinda was the lead designer at the Avant-Garde Fashion Show "Off-Line Berlin '90", She appeared on MTV Europe, Designed for the Komische Opera Berlin, Opera Gasteig/Munich and Millennium Awards Show with a speech from G. Schroeder (German Chancellor) for Life-TV.
In 2001 Swinda relocated to Los Angeles expanding her portfolio in Feature Films, Los Angeles Theater and Opera.
Swinda has created many clientele through her timeless fashion designs and has shifted her focus passion to creating Couture Art Sculptures that are creating quite a buzz…
EXPIRED – FEATURE FILM - SUNDANCE FILMFESTIVAL/CANNES FILM FESTIVAL
BLADE RUNNER 2049 MEMORY LAB – EMMY NOMINATED 2018