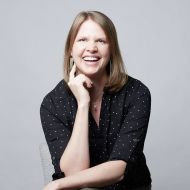 I adore teaming up with other filmmakers to create title design, credit sequences, animations, visual effects or motion graphics for their films or commercial work. At my company, Mass FX Media, we work directly with brands, but also with other filmmakers and production companies as allies to help create the best end product possible. On the side, I direct short films and am working on two feature documentaries.