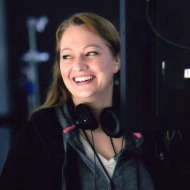 Lori Denil
Script Supervisor
I have always had an eye for the details. Many people had recommended to me to become a Script Supervisor. They were right! I love working with Directors & Crew to make art.
This user account status is Approved

Lori grew up in the Green Bay area of Wisconsin and has lived in Los Angeles for nearly 15 years. For 10 years, she produced Docu-Reality Television. Then following her love for scripted content, she worked hard to become a Union Script Supervisor and has worked on many large tv shows and films..."NCIS:LA," "The Middle," "The Affair," "Goliath," "Animal Kingdom," etc. She is also great with with commercials having done a music video commercial for Target/Grammys this year ( https://youtu.be/M3mJkSqZbX4 ) and Google last year ( https://youtu.be/2IjZzgvxRxQ ). Additionally, her own first WIDE-release film came out this July through Universal/Blumhouse. One odd thing about her...she likes night shoots. She has no problem with day shoots but she actually LIKES night shoots which lends well to her love of making horror films.