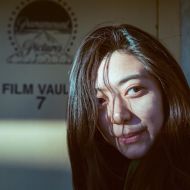 Lina Yuchen Guan Li was born in São Paulo, Brazil, grow up in Beijing, China, and now is living in Los Angeles, the U.S. She starts her movie life as a film critic since 2010. In 2015, She was accepted by Cinema and Media studies, MA program in University of Southern California, Cinematic Arts School. In that period, she specialized in film encoding and decoding, which allows her to be familiar with audiences’ psychological cognition of a film. Her critical thinking provided her a unique vision of being a director and cinematographer. This Year, she is working on her short film “Cranberry Chorus”, a documentary “Back to Brazil” and a road trip feature “See You Again.”