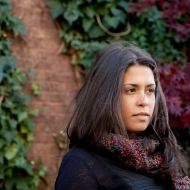 Recently selected for the American Film Institute Cinematography Intensive for Women in Los Angeles, Katherine is a New York City-based Cinematographer. After studying architecture and photography while living in the Dominican Republic, Katherine returned to Boston in 2008 where she began working in film and TV as a Local 600 Camera Assistant. Applying her design and photography background along with the invaluable lessons she has acquired over the years working in production, Katherine brings a unique style and viewpoint to her cinematography.