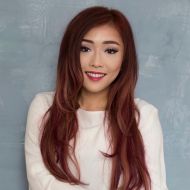 Jill Von Dae
Direction, Production
Jill Von Dae is a Chinese - Canadian award-winning director a producer who transplanted from Hong Kong to the U.S six years ago.
This user account status is Approved

Jill Von Dae is a Hong Kong - Canadian award-winning director a producer based in Los Angeles.

In 2018, Jill was awarded "30 Under 30 Filmmakers to Watch" by the Los Angeles Film Awards Association for her winning film "Rebirth". The film also won awards across ten states and five countries. Her other directorial accomplishments include sci-fi short "The Discovery", a finalist out of 500 at LAFA, as well as a two-part female-oriented series on domestic violence titled "Prayer" and "Deliverance". Other notable works Jill has helped produced include "Star Wars: Rogue One China Music Video, Disney's "The Magic Brush", and "Cerebrum".

Having worked in both China and the US, Jill specializes in handling all facets of challenging productions, high profile talent relations, and story development.

In 2017, Jill founded Black Velvet Films with producer Andy Pisharody in Los Angeles. As Director, Jill spearheads all projects from pre-production to finish.