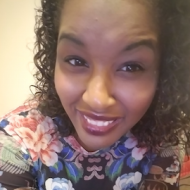 Since graduating from the NYU Tisch Film program in 2006, Jenn Shaw has directed several narrative films that exhibited at major festivals. As an award-winning producer, Jenn oversaw production at ESPN CreativeWorks until mid-2015 and has since excelled as a sports filmmaker. Her film $15 Kicks was executive produced by legendary filmmaker Spike Lee and won a Black Reel award for Best Independent Short Film. In 2017, she was nominated for American Pavilion Emerging Filmmaker at Cannes Film Festival and featured in Shoot Magazine's 2017 Showcase. In 2018, she took part in the Sundance Co/Lab Fiction Director Course and Screenwriting Intensive. Recently, she directed and executive produced The Super Bowl That Wasn’t for NFL Network. She’s a contract director for Verizon/RYOT Studios and is in the process of signing with Blue Key Talent Management. Jenn’s style is a combination of edgy cinematic storytelling, quirky humor, and dramatic flair.