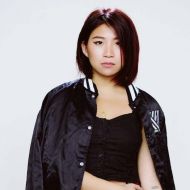 Isabella Tan is an award-winning Director and Cinematographer from South East Asia and the Executive Creative Director at Rebel Motion, a diverse female-led, international creative agency rooted in the telling of subversive human narratives with striking visuals. Isabella's impactful narrative work is greatly influenced by her international background and extensive travel experiences, aiming to craft stories with a sense of surrealism and focus on conveying human emotions. her short films have been screened at several international film festivals and taken home numerous awards.

Aside from her film work, Isabella also freelances as a notable fashion and portrait photographer.