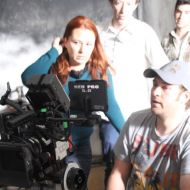 Dena Hysell-Cornejo
Direction, Production, Writer
Dena Hysell-Cornejo is restlessly creative, working across mediums depending on the direction the story takes her as a director, photographer, producer, and multimedia artist.
This user account status is Approved