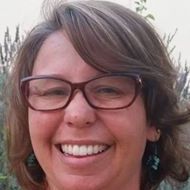 Corinne Jayaweera is a seasoned independent producer and director with a passion for producing both nonfiction and fiction content that can impact change. Her prosocial documentary series Documented America has been screened at multiple film festivals, including the American Pavilion at Cannes and before the US Congress. Over the last decade, she's worked on a range of projects, including documentaries, PSAs, feature films, web series, and music videos.