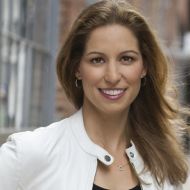 Andrea was a co-producer on the feature film EGG. She raised money for the film, supported the producers, coordinated extras, and secured rights and clearances for products. On her short film and series proof of concept, SUCKED IN, she managed the project from its inception through post, and was the on-set producer as well. On GOOD TIME, she worked directly with the producers on a variety of tasks, including securing rights and clearances for external footage included in the film. She also has experience in event production and digital media, which were arenas for her to develop her leadership and interpersonal skills. She started her career in the tech and business world, and became savvy at understanding the business of a production and liaising with project financiers. She loves the production process, people, and enjoys working on all of the numerous, fast moving logistics that make a production great.