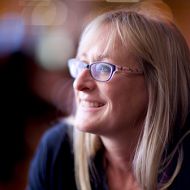 Women in Film and Media Colorado

I'm an independent director and producer focused on commercial and branded content, with a specialty in documentary-style storytelling.

Much of my directorial work is centered around telling human and emotional stories. I am skilled at interviewing and navigating through sensitive topics with real people. My interest in people started with a degree in psychology and working as a drug counselor before launching her 20+ year in advertising and media.

After working for many years in Chicago and Milwaukee, I relocated to Boulder, Colorado and joined the Board of Women in Film and Media in Colorado. I'm also the Executive Producer/Director for The 3% Movement, where I actively advocate for increased diversity and inclusion in the advertising and media industries.