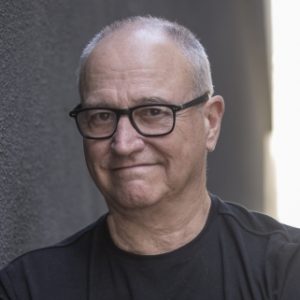 Alan Caso learned the basic principals of light, color and composition from his father who was a photographer for the United States Air Force, a graphic artist and lithographer. Alan studied painting at Massachusetts College of Art and transferred to the University of Massachusetts, Amherst, when his interest shifted to film. During this time, Caso also avidly pursued photography, learning the fine skills of black and white photography and darkroom techniques. After graduation, he moved to Los Angeles and found a niche in the Industry as a gaffer during the mid-to-late 1970’s. He switched over permanently to camera operating in the late 1970’s – early 1980’s while additionally mastering the steadicam, becoming one of the few operators in the 80’s who performed both A Camera and steadicam.

Caso’s first feature, 84 Charlie MoPic, was shot in 1988. He has subsequently compiled over 60 narrative credits for cinema and television screens. He won the ASC Outstanding Achievement Award in 1997 for the miniseries, George Wallace, and additionally received an Emmy nomination. His cinema credits range from Muppet movies to John Frankenheimer’s stark drama, Reindeer Games. Caso created a unique look on HBO with 6 Feet Under, for which he received two more Emmy nominations, in 2002 and 2003. Other nominations were an ASC nod for his work on Frankenstein in 2003 as well as his work on Stephen Spielberg’s Into the West in 2004, which also garnered him another Emmy Nomination in 2006. This well acclaimed miniseries also distinguishing him in the western genre, which was followed by Comanche Moon in 2007, the prequel to Lonesome Dove. He filmed two feature films after that; First Sunday, released in 2008, and Love Hurts in 2009. He has continued to work for Showtime, HBO, FX, and USA, as well as network projects such as Heroes Reborn for NBC and Hawaii 5-0 and American Gothic for CBS. Caso’s experience in period pieces got him an assignment for an ABC project titled, “Still Star Crossed,” shooting on location in Spain.

Alan was an Executive Committee member for the Cinematography Peer Group from 2000 – 2002 with the Television Academy. Subsequently, he sat as a Governor for two consecutive terms (4 years) from 2002 through 2006. He was an active member of the ASC Technical Committee from 2001 through 2005. He continues to be a mentor for the International Photographers Guild Mentor Program. Additionally, he hosted, for the second year running, an intern over the summer of 2008 for the Television Academy’s Internship Program on Journeyman, and for a third year with the Academy on a project in San Francisco titled, Trauma. Caso remains an active host for this Internship Program

Please refer to Alan Caso’s resume for a recent list of productions, or check out IMDb for a complete list of all his credits.